We need sports.  As individuals. As coaches.  As players. As parents. As fans.  We. All. Need. Sports.

Sports are in jeopardy.

Yet, here we are trying to decide if it’s safe to play sports. All across the nations states are handling this differently.  In some states they cannot have more than 10 girls in the gym at one time, they must all wear masks, social distance and only use their own ball.  In other states they are conducting camps at the high school and youth levels.  In some states they can’t even enter their schools yet…at all for any reason.

Club volleyball programs are conducting camps, clinics and private lessons, but they can’t have formal tryouts…does this make sense to anyone?

Collegiately, the Ivy League announced today they will not have sports in 2020.  Conferences like the Big East have already made changes to their fall schedules to regionalize to limit travel. Many 2 year colleges have already called their seasons.  They will not have fall sports.  They once discussed moving the NCAA D1 National Championships up to Thanksgiving (instead of mid December), they’ve also toyed with moving the season to the spring.  Division I schools are reeling about what to do…and. no. one. has. answers.

In 20 years I will want to remember this time and all of these scenarios I find myself in discussion about on a regular basis.  Therefor I am going to write about some of the conversations I’ve been involved in at both the national and state level in the past 5 months.  There are many questions with few answers, frustration in abundance and anxiety levels are high.

Some scenarios to think about…

What is one player on one team gets Covid.  Does the entire team quarantine, or just that one player?  What if the coach gets it?

What about the teams those teams with positive cases have played within a two-week period?  Do they also have to quarantine?

Are tournaments out?  For volleyball specifically we are talking about anywhere from 8-16 teams gathering in one place to play. Given what we know about Covid, these seem like a really bad idea.  But, yet, no one has made any policy yet (July 8th) about whether or not our upcoming season should allow them.  To be clear, our first match is scheduled for August 25th.

What about out of state travel?  Will it be allowed?  Should it be allowed? Will teams have to quarantine if they learn that a team that played in any given tournament in an out of town location tested positive or if there was a spike in that area during their visit?  What would that do to all the teams they were scheduled to play in that window of time they would be quarantined?  Again, no one is making any policy about this because no one really knows who should make it.

In line with out of state travel and scheduling fiascos would it make more sense to set sub-states or regions within a state and have scheduling be taken over by the state for one season.  So for example, in Kansas we have 18 teams in a sub-state.  This would mean we would split them into two groups of 9 and have them play only those schools…say 3 times, during the season.  That way they only have access to those teams, those schools and we limit exposure to the virus.  These are teams within their classification anyways and these are the teams they will have to beat to go to the state tournament…so call it good preparation.  When the time came for the sub-state tournament they would seed those 18 schools by record and proceed as normal. This is an out of the box scenario, and it’s certainly not perfect, but, if we want to have sports we must consider all the options to make it possible.

At the collegiate level they have money and resources to test their players on a regular basis. At the high school level, we do not.  So how do we manage that?

Should fans be allowed?  Is it a one parent rule only?  Part of the fun of playing HS sports is to play in front of your family, friends and school community.  Is all of that lost without butts in the seats?  I’d argue, no.  If the kids get to play at all at this point I don’t think they will frankly care if no one is there besides their teammates, opponents and coaches…as long as they get to play.

State tournaments are held in large facilities that cost a lot of money.  It’s likely we won’t have fans…does it makes sense to keep them in these facilities?  Would it not make more sense to move them to high schools where the setting will feel less enormous, less lonely, less isolated with no fans?

Should seasons be shortened?  Many people feel like fall sports will get started but they may not get to their championship series.  So, given that feeling…wouldn’t it make more sense to shorten the season to be sure we can get them all in?  Instead of the state tournament November 1, maybe move it to October 1 before the “second wave” rolls in.  I’m certain teams would rather play some season and have a chance to go to state at any point rather than playing no season at all.  Or…have a season that we start but can’t finish.

Let’s talk about officials.  We had an official crisis nationally BEFORE Covid.  Now it’s a whole different level of things.  The average age of volleyball officials is 55 years old.  These people are grandparents, some of them have pre existing conditions…they certainly don’t get paid enough to put their life at risk for this.  So that begs the question…will we have enough officials?  If we don’t what happens?  One official only?  Coaches and kids officiating?  Honor code (GOD helps us all if that happens J)?  There has been suggestions that sub-varsity sports won’t be possible if there aren’t enough officials.  Varsity only sports.  Can you imagine?  Personally, I think this is a stretch at this point but nevertheless these are scenarios that are being discussed.

Will players have to wear a mask while playing?  Some state associations will require it, while others will give them the option of wearing one or not.  Some will require them only for people sitting on the bench.  As a coach…do I wear one?  How does that impact my ability to communicate with my girls?

What happens to huddles?  Do we stand 6 feet apart while I try to share information with my players about how to beat our opponent?  That takes away the element of surprise, especially if there are no fans.  We may as well shout our game plan to the opponent so they know what’s coming.

What about rule changes?  There will be many!  For example, there will be no more changing of sides in volleyball.  The bench you get is the bench you will have the whole match.  No more handshakes before or after games.  Athletes will have to come up with a way to acknowledge the other team.  What does that look like?  Hypothetical high fives?  Waving?  Hand to the heart? Air fist bump?

Who is writing policy on these issues?  The state associations? The NFHS?  Individual schools? State or local government?  This may be the biggest issue.  If the State or local government says we can’t play…that’s easy. We can’t play.  But if they are leaving it up to individual high schools across the country that makes things hairy.  I think it would be prudent to have the state associations take charge in this unprecedented situation to make things as safe and as fair as possible.

The bottom line is that only time will tell.  I pray for a safe return to sport.  I do believe we all need it.  Whether you are an athlete, a coach, a parent or a spectator…sports are unifying.  Without them things seem a little less normal.

Until we have the answers I will continue to crusade, discuss and think of out of the box scenarios to try to get these kids back on the fields and courts because that is what I really believe they need. 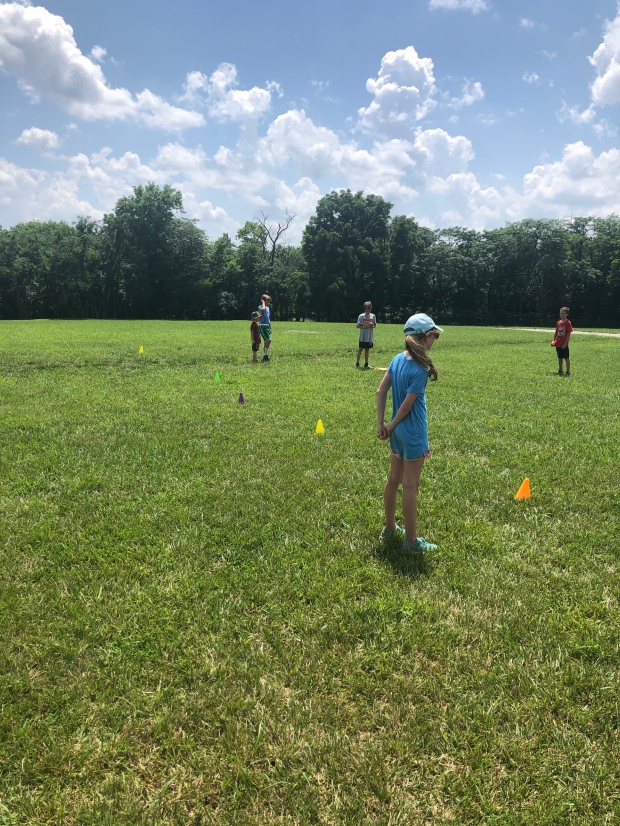 Intense game of capture the flag happening at Casa Dorsey! 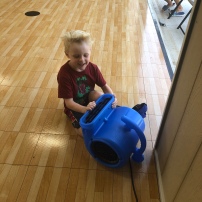 Lots of barn time…it was a scorcher out today!